Before arriving to Chiang Mai, I had a layover in the Bangkok airport. As I started to look around I saw a few men that were wearing women’s clothing. AHHHHH- thats right…..ladyboys…..one of the many things Thailand is known for.

When I arrived to Chiang Mai they were everywhere!! Some of them are over-the-top, while others are quite simple. Ladyboys are men that either dress up as women or are actually half-women as they’ve had surgury to….uh-hem……enhance certain parts of their bodies. It’s pretty much accepted in their culture and apparently no biggie. I was in a cab one day and I asked the driver how to say “thank-you” in Thai. He explained that you say thank-you one way when thanking a woman and another way when thanking a man. It’s basically like the “feminine” and “masculine” way you say things if you’ve ever learned French or Spanish. He then added that there is another way to say “thank-you” if it’s for a ladyboy since well…..they are both. This man was about 70 years old and hysterically laughing when he told me this…….so yeah it’s totally accepted here. After a few days though, I started to feel bad because sometimes I would think someone was a ladyboy but it turns out it was actually a girl! It’s hard to tell here!

One night when I was at the market I saw a group of ladyboys “decked out to the nines” in these beautiful ornate costumes. They were handing out flyers and I decided to pick one up. Apparently that evening there was a cabaret show next to the market with free admission. I had heard about the “ping-pong” shows in Thailand but knew I couldn’t handle seeing one of those. Google it if you want to know more but don’t watch it on youtube because you will be scarred for life! I figured a cabaret show would be harmless so I decided to check it out.

I walked in and the show was in full-throttle…….no pun intended. There were multiple dancers on stage with beautifully designed costumes singing Britney and LadyGaga songs. They were so good and absolutely gorgeous. The dancing was amazing and I couldn’t stop giggling. Here I was all by myself in a bar, having the time of my life. I about lost it when a group came out singing the song “it’s raining men”! One of the workers noticed that I was quite enjoying myself and he/she came up to me and introduced him/her-self as Sunny. The cocktail servers at the bar are also entertainers, it kinda reminded me a strip club…..they do something nice for you and in return you give them a tip. In my case, Sunny saw that I was taking pictures from the back and she/he offered to get up front to get some good shots. In return he/she asked me to buy him/her a beer and since they were only $1, I didn’t mind. I have to admit, he got some really good shots! “The fairest of them all” (in my opinion)!

My friend Sunny whom I’m now officially facebook friends with-ha! He/she used to be a dancer when he/she was younger but now he/she is a teacher for the dancers. The dancers are around 18-24 years old. 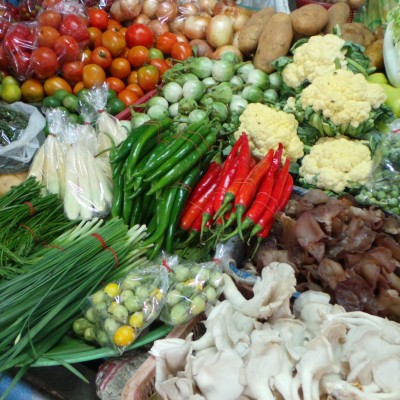 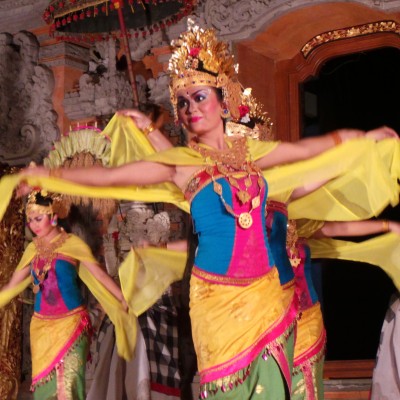