Cambodia is the poorest country I’ve ever been to. I was incredibly emotional while I was there and found myself crying at the most random occasions; when driving in the back of a tuk-tuk, during my meals, when I tipped someone and when I got back to my room at night. I think I was sad because the people were just so sweet and have been through so much. Even though they are poor they are extremely honest and that’s what broke my heart. The Khmer people are hard workers and were probably the most kind hearted I’ve come across since I started this journey. My brother’s friend, John who helped me plan my entire trip while in Cambodia embodied all aspects of what I saw in each of the Khmer people I met; soft-spoken, helpful, gentle, kind, hard-working, welcoming, grateful and so humble. A true, “man for others” in the words of St. John’s Jesuit highschool in Toledo, Ohio. One night John invited me, Tash and Deo out to his friend’s house in the village. He took us in a tuk-tuk through pitch black dirt roads to a house of a man named “Mr. T”. Mr. T is a tuk-tuk driver and has 9 kids in total. He fought in the army against Pol-Pot and told us about some of his stories. One day he was walking on a mission through some fields and his friend went off to the right, he yelled for him to come back but it was too late and within seconds he saw his friend fly 30 feet up in the air because he had stepped on a land-mind. He got to his friend and there was no skin left on his legs, only bone. He tied them up with a cloth and carried his friend on his back and continued on his way with gun in hand.

Mr. T’s wife brought out a feast for us as we sat under the stars and full-moon. Another month has gone by and look where this full-moon had brought me. The food kept coming! We had chicken, fish, rice and an array of sauces. They even bought us beer. These people are so poor and they were feeding us! I couldn’t help but feel guilty. Mr T told us about the hardships that he faces and how his government makes it hard for the Cambodians to live (Angkor Wat isn’t even owned by Cambodia, it’s owned by Vietnam so the Khmer people don’t get one penny of the money it brings in). He looked at us that evening and said, “you all have the opportunity to work and make good money, you are so very lucky…. can you please tell me what kind of job I can do so I can make money like you? Can you suggest something to me and help me find a way?” Sadly, I didn’t have an answer for him and couldn’t respond because of the lump in the back of my throat.

The tuk-tuk that John drove us out to the village in was Mr. T’s. John had to sell his tuk-tuk because one of his brother’s got married and the family needed the money to pay for the wedding(that’s why he works at the hotel now). Mr. T told us about the long hours he worked and the blood, sweat and tears he put in, in order to buy that tuk-tuk which cost $1,720. He got choked up when he told us about it.

Tuk-tuk drivers have a hard job in Cambodia. Most of them don’t own their tuk-tuks and have to rent them each day. If you use a driver for the day it costs about $20 for 8 hours of them driving you around in that god awful heat. They then have to pay money for the rental of the tuk-tuk and the gas so at the end of the day they are only making a few dollars. They work around the clock wherever they can find work. If a tourist is coming in at 2AM or 4AM they will meet them at the bus station or the airport and then pick up another set of tourists at 5AM to go see the temples. At times you see drivers during the day sleeping in hammocks in their tuk-tuks. Some people think they are lazy but they don’t understand that these drivers work ALL DAY, EVERY DAY. Never a day off.

Deo told Mr. T that he would like to use him as a driver the next day to which Mr. T responded, “honestly if you already told another driver that you would use him then please go with him, he needs the money just as much as I do”.

Everyone is poor but they all look out for each other. No one in Cambodia is called a “friend” they are all called “brother” and “sister”. You never know if they are talking about a real family member or just a friend, but they all treat each other as if they were family. On our way to Mr. T’s house that evening we stopped at a local market so they could pick up a few things for dinner. A poor elderly lady limped over to us begging for money. We didn’t have small change on us but John and another man with us, opened their wallets and scrounged together some money for her. The poor are feeding the poor in this country, it’s just so moving and makes me teary everytime I think about it.

That evening when we returned home we offered some money to John for taking us out there and to thank him for a wonderful evening. He said that he felt bad taking the money and suggested that we offer it to Mr. T. We ended up giving it to him anyway and told him we would tip Mr. T the following day since he worked as a driver at our hotel. How can you say no here?

Something as little as a $2 tip in Cambodia can bring the recipient to tears, I saw it with my own eyes during the many times I offered money while I was here. I wanted to help everyone but unfortunately I couldn’t. If I could buy a tuk-tuk for John or my driver Seran I would. On my last day at the temples, I offered to buy lunch for Seran. It was $6 bucks and you would’ve thought I bought him a $100 meal. At the end of the day, I tipped him $10 dollars and I paid for the gas to which he responded…….”thank you for being kind of me”. These people barely speak english but they still have the manners to say thank-you. When you tip someone here, they put their hands together and they bow to you in a solemn way. They close their eyes when they do this and you can see that they are truly grateful with all their heart. Yes they are thanking you but you know at the same time they are also thanking God.

My question is….why me? Why am I the lucky one and why not them? I left Cambodia 4 days ago and I can’t stop crying. Unfortunately I couldn’t help everyone but if I learned one thing it’s not take things for granted and to be grateful for all I have. From here on out I will do my best to share my “luckiness” and to to pay it forward to those less fortunate whenever I possibly can.

Mr. T playing a traditional Khmer instrumental that he learned how to play from his father. Mr. T’s “pimped” out tuk-tuk. He even had speakers and a place to connect your ipod for music! Seran my driver during lunch on my last day in Cambodia. We are the same age, how different the lives we lead from one another. John, Seran and a server at the homestay I was at. 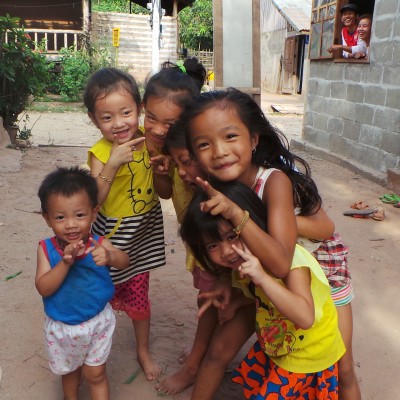 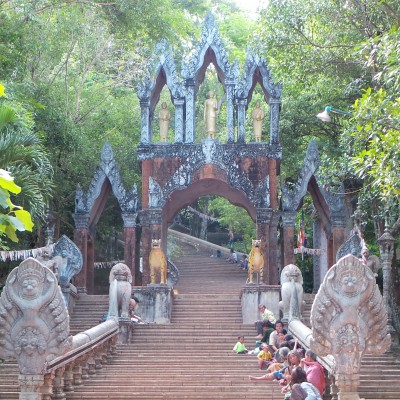 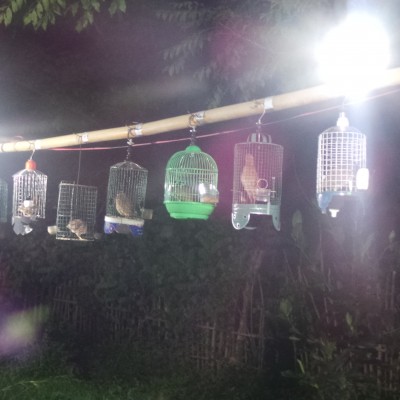 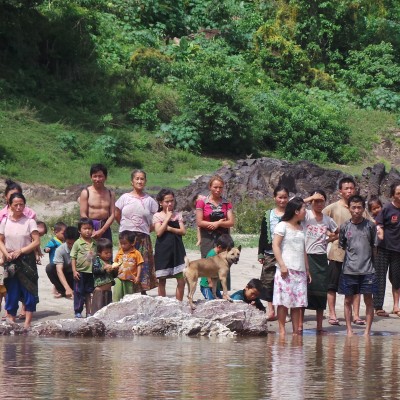 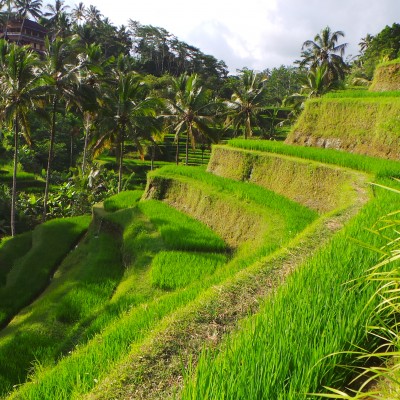 My Last Day in Ubud